Gimme Some Truth, a new compilation of remixed solo songs by John Lennon, is to be released on 9 October 2020, what would have been the former Beatle’s 80th birthday.

Collectively known as the Ultimate Collection series, Gimme Some Truth is to be issued on five physical formats, plus digital download and on streaming services.

The physical formats are 2xCD and Blu-ray, 2xCD, single CD, 2xLP, and 4xLP, with assorted extras including posters, postcards and bumper stickers. The 2xCD/Blu-ray set, the double CD and 4xLP set each contain 36 tracks, while the single CD and 2xLP sets each contain 19 songs.

The CD and Blu-ray set contains a 124-page book with notes on each of the 36 songs in the words of John Lennon, Yoko Ono, and some of their collaborators on the songs through a selection of archive and new interviews. Photographs include Polaroids, film stills, letters, lyric sheets, tape boxes, artwork and other memorabilia.

The remixes were made by Paul Hicks with assistance from engineer Sam Gannon. Hicks previously remixed Lennon’s Imagine for its 2018 reissue. New and restored transfers of the original multitrack tapes were used, and the remixes were made with vintage analogue equipment and effects at Los Angeles’ Henson Recording Studios, and mastered in analogue by Alex Wharton at Abbey Road Studios.

The first of the new remixes to be made available is ‘Instant Karma!’, Lennon’s 1970 single with the Plastic Ono Band. The remix is to made available as a single on Record Store Day, 29 August 2020, in a limited edition of 7,000. The b-side is a new mix of Yoko Ono’s ‘Who Has Seen The Wind’.

Lennon fans had been expecting a remixed edition of Lennon’s solo debut album, John Lennon/Plastic Ono Band. That project was reportedly shelved due to low sales of the 2018 remix of the Imagine album. There is, however, a book titled John & Yoko/Plastic Ono Band, due on 29 October 2020, which covers the making of that album. 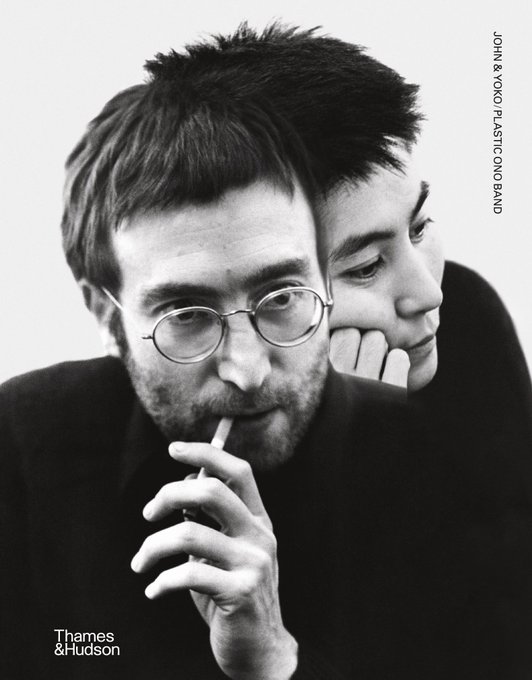 Gimme Some Truth is not to be confused with the 2010 compilation of the same name, which contained 72 songs spread across four CDs. Although those songs were not remixed, the two releases share a broadly similar tracklisting – only six songs on the 2020 collection were not on the earlier release: ‘Angela’, a live version of ‘Come Together’, ‘I Know (I Know)’, ‘Angel Baby’, ‘Dear Yoko’, and ‘Every Man Has A Woman Who Loves Him’.

The cover of Gimme Some Truth is a black-and-white photograph of Lennon taken in the Apple offices in November 1969, the day he returned his MBE to the Queen.

The original image featured both Lennon and Yoko Ono, although she was airbrushed out of the new version.

The artwork for Gimme Some Truth, plus the CD and LP booklets and other typographical art was designed by Jonathan Barnbrook, the graphic designer who worked on David Bowie’s albums Heathen, Reality, The Next Day, Blackstar, the Nothing Has Changed compilation, and the live album Glastonbury 2000.

The format with the most content is a triple-disc set consisting of two CDs and a Blu-ray:

The set also contains as a 124-page hardback book, double-sided poster, two postcards, and a Gimme Some Truth bumper sticker.

One of the postcards is a replica of Lennon’s famous 1969 letter to the Queen with which he returned his MBE, “as a protest against Britain’s involvement in the Nigeria-Biafra thing, against our support of America in Vietnam and against ‘Cold Turkey’ slipping down the charts.”

The book was designed by Simon Hilton, the compilation producer and production manager of the Ultimate Collection series. It contains notes on each of the 36 songs in the words of John Lennon, Yoko Ono, and some of their collaborators on the songs through a selection of archive and new interviews. Photographs include Polaroids, film stills, letters, lyric sheets, tape boxes, artwork and other memorabilia.

John was a brilliant man with a great sense of humour and understanding. He believed in being truthful and that the power of the people will change the world. And it will. All of us have the responsibility to visualize a better world for ourselves and our children. The truth is what we create. It’s in our hands.

For those not wanting the surround sound mixes, book and some of the other accoutrements, a double-disc set contains just the remixed 36 tracks, in a gatefold sleeve with a 20-page booklet and fold-out poster.

The smaller of two vinyl editions contains the same 19 tracks as the single-CD edition, spread over two LPs, plus an eight-page booklet, fold-out poster and bumper sticker.

Something About the Beatles: 247: Critiquing The Critics II

Nov 16, 2022 In which the worlds of three returning guests collide to discuss 1) is there (or should there