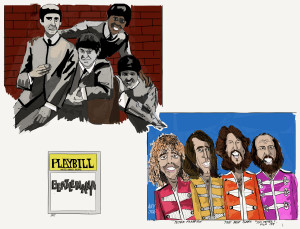 Reminisce with Robert and Richard through a post-Beatles year where residual mania was still rampant, taking the form of two motion pictures – two television specials – two albums from ex-Beatles – (at least) two new books – and a resurgence of re-releases, re-packaged in visually attractive forms. Songs include “Hard Times,” “With A Little Luck” and “Flying Hour.”

Facebook Youtube
PreviousBringing My DAD to Our FUTURE FAMILY HOUSE in the Philippines! 🇵🇭😍
NextI Brought Back The Original SUPER TEAM To Finish The Job in NBA 2K22

Something About the Beatles: 247: Critiquing The Critics II

Nov 16, 2022 In which the worlds of three returning guests collide to discuss 1) is there (or should there