49: George and Ringo | Something About The Beatles 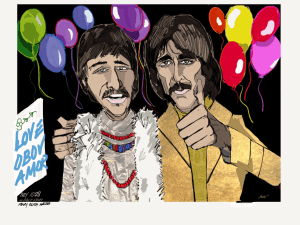 In this episode, Robert and Richard delve into the nearly lifelong relationship between the two “economy class” (George’s words) Beatles; from Hamburg to stardom to the solo years to the end of George’s life. Songs include “It Don’t Come Easy,” “Down and Out” and “Never Without You.”

April 2016 is upon us and so are the Something About The Beatles 2016 calendars – get one of the last remaining copies in stock here and specially priced!