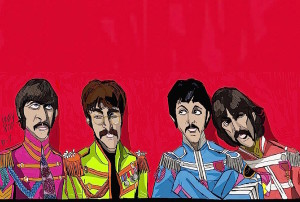 In this special edition, Robert and Richard discuss the merits of the Pepper album, as well as whether John Lennon’s pulling back from the others represented a tragedy of artistic promise gone unfulfilled or simply John being John.

Beatle historian Mark Lewisohn (All Those Years: Tune In) then joins them for a lively discussion taped onstage in the ballroom at The Fest for Beatles Fans.

Songs heard in this episode include: “Sgt. Pepper’s Lonely Hearts Club Band Reprise,” “A Day In The Life” (with the “humming” ending), “Hey Bulldog” and Humphrey Lyttelton’s “Bad Penny Blues.”

Nov 24, 2022 An entire book dedicated to a single song may strike some as bewildering, but not if the